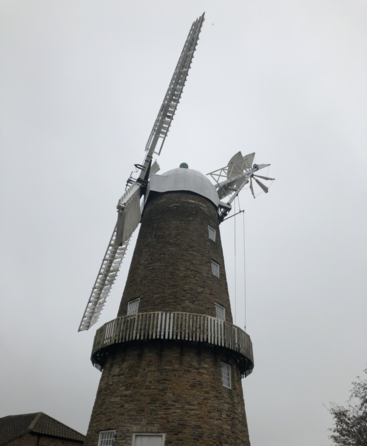 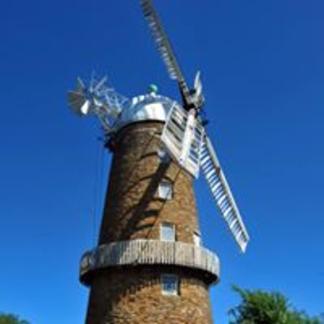 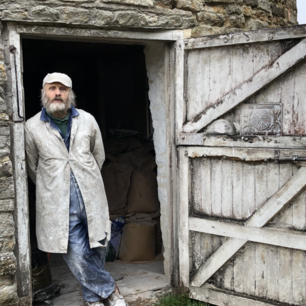 Whissendine Windmill is one of England’s few remaining fully operational nineteenth-century windmills.  It has had its highs and lows but now produces traditional plain, strong white and wholemeal flour which is used in many of Barkby Bakehouse products.

Whissendine Windmill was originally built in 1809 by the Earls of Harborough of Stapleford Park to replace an earlier windmill. The original tenant Millers were Arnold and Hayes.

The Mill then had various owners and worked up till 20 April 1922 when it was damaged in a gale and not repaired.

Skip forward to 1995 when Nigel Moon bought the windmill for £50,000, and set to the task of returning the building to its former grinding greatness. This required rebuilding the whole top of the structure  and replacing the major gearing. Otherwise the internal machinery was intact and then all it needed was an electric motor (run on eco electricity) to get things turning again in 2006. The next job was replacing the sails and the windmill turned again under wind power on 14 August 2009.

The Mill has a very fine set of machinery including a smutter, four sets of millstones, three flour dressing machines and a Wegmann roller mill dated 1877.

Visitors are welcome when the Mill is working. See the mill's page on the Traditional Corn Millers Guild website for more details and also its facebook page